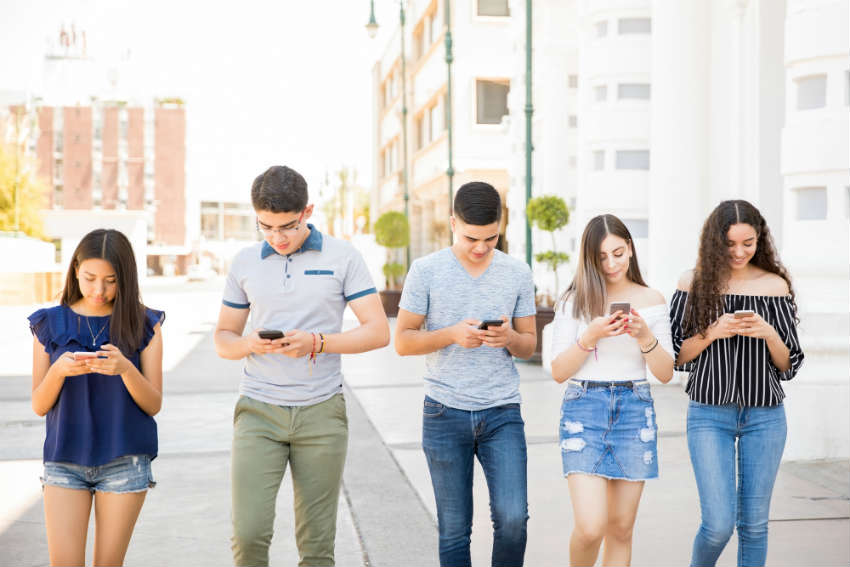 In an age where nearly everyone has some form of online identity through social media, there are still those who remember a time when sites such as Facebook and Twitter didn’t all but consume our lives. For Centennials (or Generation Z), the demographic born between the years 1997 to present day, a world paved by the digital highway is something they have always known. This has no doubt shaped the way they use social media differently from other age groups. But how? We explore that question.

With the advances in mobile technology, social media has become integrated into the daily lives of most Centennials, allowing them to keep connected with family and friends at all times. These online relations have become a generational norm according to Gabriella Borca, co-author of a collection of journals titled Computers in Human Behavior. In addition, they form bonds with individuals they have never met in person, which helps establish identity creation. A negative impact of this, stated by psychologist and author Jean Twenge, is that they have less “face-to-face” interactions and are prone to feeling lonely.

This behavior is a product of Centennials having access to more technology at an earlier age than previous generations. The acquisition of a cell phone has almost become a rite of passage to most youths. In fact, according to an article from the Pew Research Center, “nearly three-quarters of teens have or have access to a smartphone and 30% have a basic phone, while just 12% of teens 13 to 15 say they have no cell phone of any type”.

In terms of which social media platforms Centennials frequent the most, Facebook is still among the top visited sites due to its importance for social interactions, despite the many complaints Centennials have with it. In recent years, platforms such as Instagram and Twitter have begun to rise in popularity because their parents are less likely to use those sites. Sending videos, pictures, and instant messages are of key importance to Centennials due to their value of speed and reliability. These characteristics have also seen the rise in popularity of Snapchat.

With social media have such a prevalence in their lives, many are concerned about the information Centennials share online. However, quite to the contrary, a survey conducted by advertising agency J. Walter Thomspon found that 82% of teenagers thought carefully about what they are posting on social media. This is because many are concerned with how they will be perceived by their peers for what they post, which has led to the creation of multiple social media accounts. “Finstagrams” (or Fake Instagrams) are an outlet Centennials use to express their full personalities with select audiences, as discussed by the RPA Marketing Report, “Identity Shifters: Gen Z Exploration”.

Pew Research Center’s survey in 2015 concluded that 78% of girls and 52% of boys had made friends through online interactions. While the discovery of social communities can be seen as a positive, Centennial interaction with social media is not all roses. Cyber bullying is more prevalent with this generation than with Millennials, with 22% of girls and 10% of boys reporting online harassment.

With all the information gathered, we conclude that Centennial interaction with social media has both positives and negatives. Through finding communities of like minded individuals online, Centennials are forming a stronger sense of self at an earlier age than previous generations. They are able to form bonds with people all around the world, as well as remain connected with extended family. However, these relationships are distant in nature and do not substitute the need of “face-to-face” interactions that humans desire. So while Centennials are connected with more individuals than generations before them, they are also still somehow lonelier than previous youth. How this will affect them into adulthood is yet to be seen, however, it can be said that Centennials are an educated and open-minded generation, which is certainly an asset moving forward.

Inc., MTR at CareerPlanner.com. “The Generations – Which Generation are You?”. www.careerplanner.com.

Twenge, Jean (August 22, 2017). IGen: Why Today’s Super-Connected Kids Are Growing Up Less Rebellious, More Tolerant, Less Happy–and Completely Unprepared for Adulthood–and What That Means for the Rest of Us.

According to the U.S. Census Bureau, Centennials make up roughly 23% of our population.